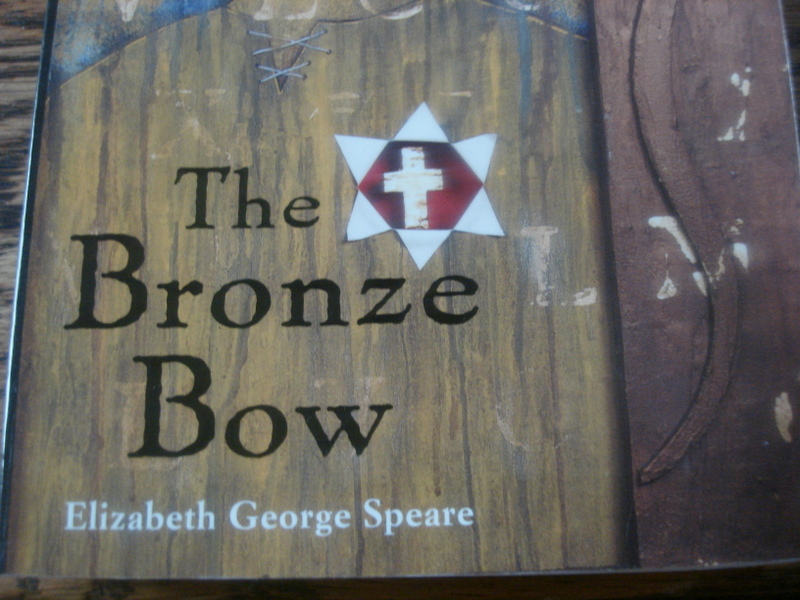 [/amazon_link]
This is often a recommended read for middle school, but I happened upon a copy, hadn’t read it and found it looked interesting!  It was a very easy and quick read and I enjoyed every moment of it.

It takes place in Israel during the time of Jesus Christ.  The story is about a Daniel, young man who experienced much tragedy and hardship in his life.  His parents are killed by the Romans who have conquered and are ruling Israel at the time.  His grandmother does her best to raise him and his sister.  However, as money runs out he is sold to a blacksmith in town as an apprentice.  His sister also suffers from demons which Daniel blames on the Romans as well.

Daniel is treated poorly by his master blacksmith and he decided to run away from his apprenticeship and hide with an outlaw band in the mountains.  Their one goal is to amass enough manpower to start an overthrow of the Roman rule.  Due to his experiences his only goal in life is to rid his country of the Romans.  He is filled with hate and bitterness and it starts to take over his whole life.

Once his grandmother dies, he must leave his mountain band and move back to the town to care for his sister. As he is caring for her she starts to open up and show interest in the world around her although she still will not leave the house and is deathly afraid of anyone seeing her.

During this time Daniel meets a man who is growing in popularity.  Jesus.  He is intrigued with what Jesus has to say.  At the start Daniel is convinced that he is going to be the saviour of Israel by ridding them of the Romans. He often will wake up early and walk miles to hear him speak before returning to his blacksmith shop to work all day long.  Sometimes he would even return in the evening to hear him.

Over time Daniel becomes confused.  This Jesus talks a lot about love and enemies, but there is no way he is supposed to love the Romans… right?  He is so motivated by hate, that he can’t even fathom what acting out of love for all people would be like.

Read this book to find out what happens!  I enjoyed it and I’m definitely keeping the copy that was given to me for my kids to read.  It’s clean of language and scenes and is a great novel to help kids learn more about what it was like to live in ancient Israel and what it might be like to be ruled by another nation.

Have you read this? Let me know what you thought!