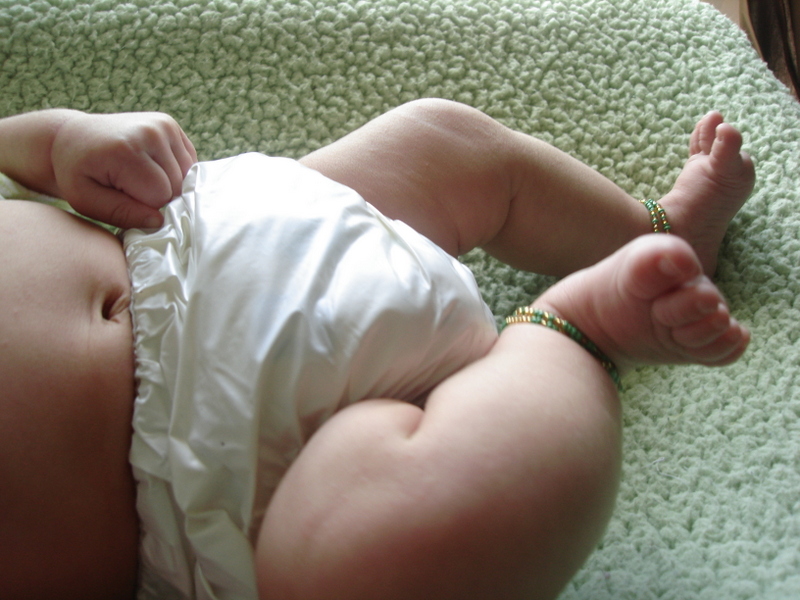 Since this post in June 2013 I’ve added two more babies to the crew! I don’t have a ton of new things to add, but I had a few minor changes to make. And I wanted to repost is for those who hadn’t seen the original post! I hope it’s helpful!

Diaper rash can be simple at times and also so frustrating. We use cloth diapers (except for this last baby) and rarely had diaper rash unless we were introducing new foods or if they had eaten something acidic that just ate their little heinies raw. I think there are some kids that just have sensitive skin and others who can tolerate a bit more.

I will say that with all four of the kids we haven’t been able to do cloth diapers overnight. All of my kids would sleep at least 12 hours at night and by the time they woke up they were miserable. The diapers didn’t leak after all that time, but their little heinies were BRIGHT red and the diapers had a STRONG ammonia odor. All four kids had the same problem and they were good water drinkers too. I don’t think their urine was ultra strong, but I think the length of time in it really affected them. It would take at least ½ the day for the redness to subside only to start it all over again a few hours later.

I felt so bad for them. So we have decided to do disposable at night time and that has worked so much better for us. I know another option would have been to wake up halfway through the night and change them, and that did work. But I’m not that die hard and I’m ok with 1 disposable a day… besides I REALLY like my sleep. Considering it is somewhat limited these days I’ll take the few extra minutes, thank you!

There are two main types of diaper rash:

This usually occurs from BMs that are really acidic, diarrhea or sometimes not having their diaper changed frequently enough. It also can be hard to get on top of especially when it starts to get bad. It can seem so frustrating that as soon as things start to look up, a big bad poo and we are back to square one.

Eventually it will get better. Sometimes there is just an adjustment phase after starting new foods as well. I know while the babies were exclusively breastfed we rarely had any rash at all unless we didn’t clean all the creases well enough.

Some of my favorite creams or pastes to use area as follows:

Another common cause of diaper rash is a yeast diaper rash. These rashes are much harder to get rid of. Yeast proliferates in dark, warm, moist environments and that is exactly what a diaper is, most of the time.

These rashes are beefy red, have raised bumps and are very textured and sometimes swollen. Aisling had a diaper rash like this soon after she was born and we had a hard time getting rid of it. She had it off and on for about 2 months. We were able to completely kick it only after stripping all of the diapers.

The easiest, but not necessarily the best way (in my book) to get rid of a yeast rash is to use an anti-yeast cream like miconazole or clotrimazole. It is not recommended to use the creams that are for vaginitis as they are too strong a dose. The brands for athlete’s foot are the same medication, but a lower strength and are ok to use. I would recommend talking to your Dr. before trying this, though.

A more natural way to fight it off is to try using acidophilus. Sometimes the bacterial normal flora is low (especially after using an antibiotic) and it allows the yeast to grow. Using the acidophilus will help keep it in check and put the good bacteria back where it should be!

Another more natural way is Melaleuca essential oil.  It is especially good for a yeast diaper rash. PLEASE always dilute this oil, especially on babies and todlers.  It’s very spicy and will hurt if applied with out being mixed in another oil.

Apple Cider vinegar will also kill a yeast rash, but if the bumps are open then it will really sting and burn. Also if it touches any of the mucous membrane around the anus or vagina it will sting as well. I have put it on the rash with a q-tip before or cotton ball so that it doesn’t trip into sensitive areas.

Symptoms to see your Dr. for:

I hope you’ve found some of this information helpful. Please let me know if you have questions or anything else that you’d like to know!