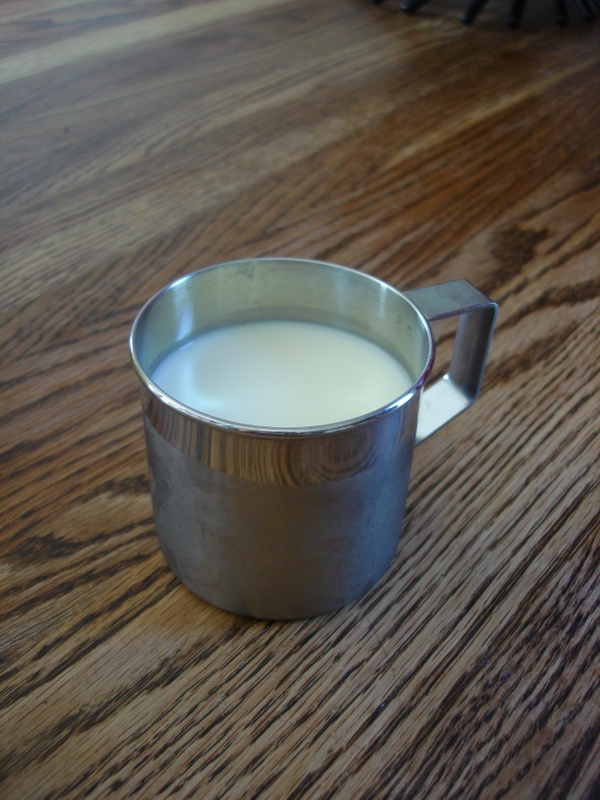 The following information was disseminated from the Weston A Price website. This is verbatim copied from them. I felt this was important to get out there! Let’s make a change! This type of activity is ludicrous. What freedoms do we have anymore if we can’t even buy from a co-op without government intervention?

August 3, 2011—Los Angeles, California—Public Health Officials today descended once again on a buying club, that specializes in raw foods. Club organizer, James Stewart was arrested at his home, the locks to his personal residence were changed, his papers, money and computer seized. At the same time, farmer Sharon Palmer and Weston A. Price Foundation volunteer chapter leader Victoria Bloch Coulter were arrested. All three were charged with Section 182A-Conspiracy to Commit a Crime. Bond for James Stewart was set at $123,000. Bail for Bloch is recommended at $60,000. Bail for Palmer is recommended at $121,000.

All this, in a state where raw milk is perfectly legal to sell, and even available through retail stores. The issue seems to be the club’s use of a herdshare or boarding agreement for its dairy goats. Recently, the California Department of Food and Agriculture issued a cease-and-desist order to a farmer boarding dairy animals for the animal owners. Another farmer, Mike Hulme of Evergreen Acres goat farm in San Jose, received a cease-and-desist letter from the Santa Clara County District Attorney’s office. Hulme and several people with ownership interest in goats kept at the farm are suing the state and county for interfering with their right to enter into a livestock boarding contract.

The state insists the farmers need dairy licenses to conduct such operations.
“It is apparent that there is an orchestrated effort on the part of public health officials to curb raw dairy access in California, and around the nation,” declares Pete Kennedy, Esq., President of the Farm-to-Consumer Legal Defense Fund.
Arraignment is scheduled for tomorrow in Department 30, Los Angeles Superior Court, Fifth Floor, Criminal Justice Center, 210 W. Temple St., Los Angeles. Court opens at 8:30 a.m. The District attorney’s office says it is likely they are to go before the judge during the morning session.

A protest rally on the Los Angeles Courthouse Steps is planned for 8:00am tomorrow morning, when the three food rights activists are before the judge. Citizens concerned about access to healthy, locally produced foods are urged to attend.
Concerned citizens are asked to donate to the Farm-to-Consumer Legal Defense Fund, an organization that works to protect and expand consumer access to whole, unprocessed foods of their choice, and to pave the way for unregulated, direct trade between farmer and consumer. Visit their website for more details on food freedom and raw milk issues:

Video footage at the scene of the raid, club members expressing outrage:

Official press release about the arrests:

The Weston A. Price Foundation is a 501(c)(3) nutrition education foundation with the mission of disseminating accurate, science-based information on diet and health. Named after nutrition pioneer Weston A. Price, DDS, author of Nutrition and Physical Degeneration, the Washington, DC-based Foundation publishes a quarterly journal for its 13,000 members, supports 450 local chapters worldwide and hosts a yearly international conference. The Foundation phone number is (202) 363-4394, http://www.westonaprice.org, info@westonaprice.org

Background on the case from Farm-to-Consumer Legal Defense Fund website.

On June 30, 2010, a group of armed agents from local, state, federal and even the Canadian government illegally trespassed on private property and raided Rawesome Foods, a private food buying club in Venice, California. With guns drawn, these agents tore through the property stealing computers, raw dairy products and honey, all while holding some of the volunteer workers hostage for several hours. When the agents finally left, they took with them thousands of dollars in private property as well as the surveillance footage of their armed raid

News for July 4, 2010
What’s the FBI Doing in My Milk?
This past Wednesday, June 30th, the FBI in conjunction with the FDA raided Rawsome, a private membership food-buying club that has supplied my home and much of the Venice and Santa Monica community with super high-quality nutrient-dense foods for the past decade. The club, which opens on Wednesdays and Saturdays only, is extremely popular among raw-foodists and other citizens who choose to eat foods which are unprocessed and “as natural and organic as possible.” The general belief among this group is that these fresh foods are much better for the human body than pasteurized, irradiated, processed foods. The FDA does not share this opinion and has expressed its concern that many of these foods will be dangerous precisely because they are raw and untreated. For example, the FDA has expressed concerns about drinking unpasteurized milk products, which I have personally been drinking (and loving) for years. The FDA has now passed regulations against selling various raw foods, hence the
need for a private club, which legally can operate without a license.

In order to shop at Rawsome, one must first read and sign a document detailing the alleged dangers of consuming natural, unprocessed and unpasteurized food products. Once signed, a would-be patron will pay an annual membership fee to gain the right to shop at the club. The shopping experience is reasonably run of the mill. Many of the foods sold at Rawsome – fruits, vegetables, nuts – can also be found at most any other market. The difference at Rawsome is that the quality is often better as is the possibility of finding heirloom varieties of one’s favorite produce. Regardless, a raid was conducted yesterday and Rawsome has been shut down allegedly for operating without a license – a license that is not legally required for them to operate their private club.