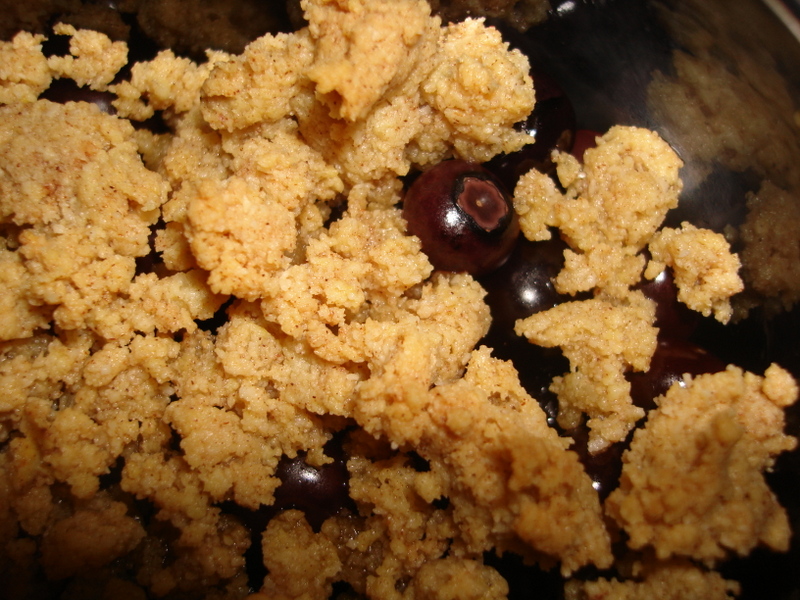 We were just given about 14 pints of blueberries!  What a treat!  I froze some to use for pancakes, muffins, cobbler and smoothies for the future, but since they were fresh I wanted to make a cobbler… NOW!  We had it last night for dessert and it was delish!

I found this recipe at Every Day Paleo which was for a blackberry cobbler.  So I just changed the berries and followed the rest of the instructions.  It turned out amazing!

Hubby still has a love affair with sugar even though he hasn’t had any (while he is at home, not sure what happens when he is at work!) for the last year.  I’ve been working hard to find some recipes for desserts that are delish and that he enjoys.  I found one! And he really liked it!

I served it with milk although Sarah at Every Day Paleo says to serve with coconut milk.  I didn’t have any and hubby hasn’t had too many issues with the raw diary so we used that instead.  I’m sure it would be amazing with the coconut milk though!

This recipe is super easy and super quick to make. We went from finishing dinner and no dessert prepped to dessert in hand in less than 45 minutes!